Lots of fun was had this month, trying to get one huge aspect of the next chapters  of Harmonic Odyssey to run. That thing was of course, the stage select screen. The bane of my existence.

What made this little pitstop so noxious wasn't the programming, (though that had its own set of challenges) but the ways by which I was going to have the game come together after you reached it. I had some big decisions to make about how I wanted the flow of the game to run, from this point on. The player would certainly be returning to this screen so that they might progress to the next level -- but when? And how will it be accessed? Will there be different dialogue? What's it going to look like when one area has been cleared?  And can the player return to that area once it has?

So many mind-boggling issues to deal with on such a little part of the game was certainly surprising, but not insurmountable. In the end, I decided to put a few more things on-rails than I initially intended, but all with the goal of making the gameplay more enjoyable. I like an open-world setting as much as the next guy, but there's nothing worse than a game which is too open ended, to the point that it frustrates the player (or worse, sacrifices the immersion-factor for the sake of "bigness").

In a nutshell, here's what I came up with: 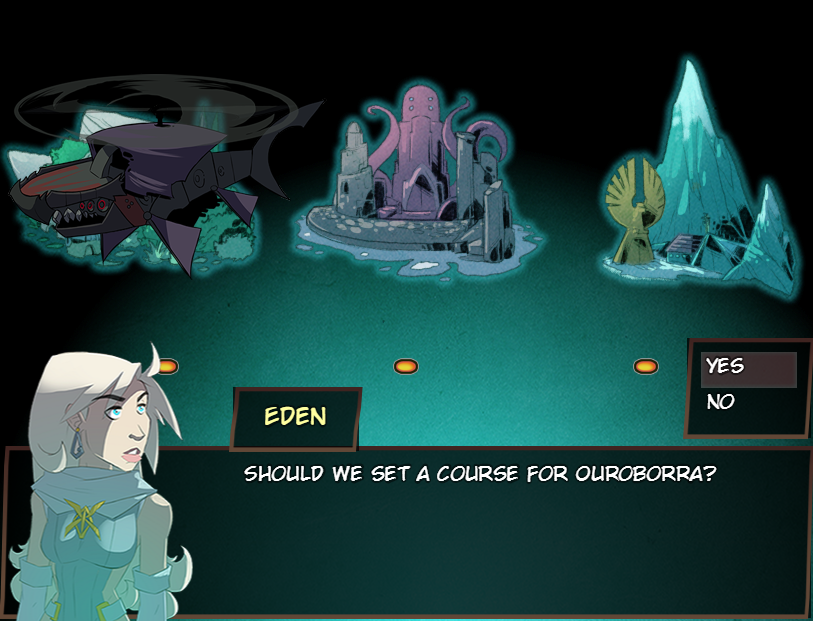 And that amount of work kept me happy for the time being. This sort of thing can be a huge drag when you can't figure out how you're going to want it to go, because it seems so very important to get right the first time. And it is in a way, but in the end, nothing's ever completely set in stone when it comes to game development.

That said, here are some other things that got done this past month:

And that'll about wrap it up for this time, guys. Spring is coming, winter is relenting, and hopefully when next we speak, all this snow that keeps piling onto our little mountain studio will be but a memory, and we can chill out on all the shoveling and plowing so we can concentrate on making games.